What Am I Doing Here?

DREAD OF THE UNKNOWN. AN EMOTIONAL MELTDOWN. ONE MAN TRAVELS FAR TO BREAK FREE OFHIS FEARS. 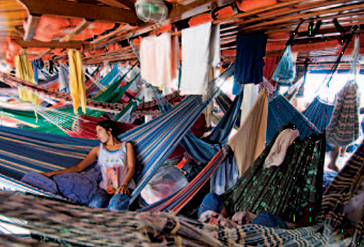 THE EARTH WAS DRY AND HARD, THE WHEAT IN THE FIELD AROUND ME LOW AND SICKLY. A MIDDAY SUN BORE DOWN FROM AN EMPTY SKY. AND I WAS ON MY KNEES. SOBBING.

In the middle of northern Spain, halfway through a 500-mile walk along the Camino de Santiago (Way of Saint James) to the pilgrimage town of Santiago de Compostela, I was exhausted, tapped out, reduced to a weeping mess. I literally shook my fists at the heavens and cursed whatever God it was I half-believed in. This was far from the triumphant march across the Iberian Peninsula I had intended. But I wasn’t railing against just the walk, though it had been a miserable few weeks of blisters, bad beds, and loneliness; I was despairing that I simply wasn’t up to all that was required of me.

Unwittingly, I had attached metaphorical significance to my trudge: It had grown to represent the journey of my life so far. On this parched ground under a blistering sun, the symbolism I read into my present condition was not good. I seemed to lack some innate quality the journey demanded—something others obviously possessed. How could I have come so far only to end up like this?

Slowly I sat back on my heels, my tears subsided, my breathing slowed. Alone in a field of withering wheat that stretched to the horizon, I grew embarrassed. The space between my shoulder blades felt exposed and vulnerable. I rehoisted my backpack, picked up my walking stick—hurled aside in my tantrum—and shuffled on. At the next village, a dusty town named Castrojeriz, I found a room above a bar and fell into a heavy sleep.

The following morning I set out again. The air had a softness the day would devour, but hadn’t yet. As I walked, I felt a lingering sense of frailty in the space between my shoulders, yet my pack seemed to rest easier on my back. After an hour, I stopped beside an old barn to drink some water—and noticed that my senses seemed unusually acute. The colors around me appeared heightened, more distinct: The umber of the dirt, the burnt red of the barn, the yellow of the tractor in the field were all more vivid than normal, their edges more sharply defined. I could hear birds call and respond in a way that seemed almost conversational. I grew conscious of my breathing, slow and rhythmic. And in a moment of clarity that I’d done nothing consciously to summon, I became aware of something I’d in some way known all my life. It disclosed itself with the simplicity of the absolute. There wasn’t something lacking in my character; I had an overabundance of something. It had dictated so many of my actions, been behind so many decisions, obscured so much of my judgment.

FEAR, I SAW IN THAT MOMENT, had ruled my life. The vulnerability between my shoulders was the space created when the weight of that domineering, life-directing emotion had been temporarily relieved. It was in this experience of fear’s absence that it began to lose its hold on me.

Fear is a peculiar thing, and a powerful one. We can convince ourselves that our decisions and actions are prudent, or wise, or even insightful, when it’s closer to the truth to say they’re motivated by fear. In my home life I find it fairly easy to stay within a carefully constructed comfort zone—a zone often designed to accommodate and soothe certain fears. But this isn’t possible when I’m in some distant locale and need to find a bed for the night. That it took a meltdown in the middle of Spain for me to see the cunning hand of my fear for the first time goes a long way toward demonstrating the grip the emotion had on me.

After my experience outside Castrojeriz I made a decision to travel more—often alone—to put myself in situations that drew me far from the familiar. Something had happened to me by the side of that barn, and I wanted more of it.

So I went to Southeast Asia—and on arrival in Singapore, found fear waiting for me in my hotel. Feeding on itself (the way fear does), it spun a shroud of anxiety that imprisoned me in my cramped room until I forced myself to go to the lobby, and then to walk around the block. There I spotted a subway station that reminded me of the subway back home, and descended the steps. An old man was offering to take photos for ID cards. He had few teeth and thin, wispy hair. When he saw me, he began to speak. He told me that he was 85 years old, that his wife had died in 1979, and that he had been baptized a year earlier and taken the name David. He showed me a book full of pictures of people who had blinked when he photographed them.

“But you, no blink,” he coached me. “Control your eyes. Definite no blink. Light so bright. no blink. Smile!”

I did as I was told, and still have the photo of a slightly dazed, jet-lagged face with wide-open eyes. It was a minor interaction—but an indelible experience of connection, one that led to others and showed me there was a way out of my insular shyness. It led to a habit of reaching out, especially when I feel most isolated.

I traveled to Africa without a plan. I learned to not be afraid of loneliness on that trip; the feeling came and went, teaching me to be my own best company. I’ve rarely been lonely—and never feared it—since.

But fear is a clever opponent. It’s not something dealt with once, then left in the past. It grows more subtle, more cunning, masquerading as exhaustion, disinterest—even good sense. In the Brazilian Amazon, I wanted to board a boat that would carry me 900 miles down the mighty river to the sea. Yet the chaos I saw at the dock in manaus—the livestock, the tons of grain, the boats overloaded with families toting their life possessions on their backs and sleeping in hammocks—paralyzed me. So I persuaded myself it would be foolish to spend five days crammed aboard a listing riverboat with 300 Brazilians. Where and how would I sleep? What would I eat? I didn’t speak the language—how would I communicate?

As I turned to leave, I came upon a man selling hammocks. I told myself that it would be nice to have a hammock back home, even if I didn’t board the boat. I bought a yellow one. I saw an old woman selling nuts. Hungry, I bought a bag, followed by a few more. returning to the dock, I began picking out the most “seaworthy” of the scores of vessels—just for fun. Since boat tickets were only a few dollars, I bought one, telling myself I simply would look around the deck, maybe sling my new hammock up and lie in it—just to see how that felt. Before I knew it, the boat had raised anchor—and I was seeing my first Amazonian sunset.

My memories of those five days are of backaches, bad food, and dirty toilets. As well as an unforgettable image of thousands, maybe hundreds of thousands, of yellow butterflies fluttering over the river while I stood alone on the bow at dusk. And of a small girl who woke me each morning, her round face popping up over the side of my hammock to begin a game of peekaboo. And of an old woman offering to share her plantain chips with me when I had no food left. We sat and munched together in contented silence, watching the river flow.

The micro-steps that got me onto the riverboat not only helped create a lifelong memory; they set a precedent for a similar type of incremental decision-making I’d use to confront fears rooted closer to home.

Yet fear can seep in in other ways. not long ago I was scheduled to fly to Sudan, to see how people lived after being confronted with so much hardship for so long. When I mentioned the trip, people looked at me with shock. Why would I want to go to Sudan, they asked. The well-documented atrocities and political troubles taking place there were cited as proof of my poor judgment. But travel for me has always been about something other than vacation (an hour on a beach, and I wonder what’s next). Still, the doubts and uninformed worries I’d heard began to penetrate my psyche. As my departure date drew near, I became increasingly anxious. By the time I was in the airport, I was making bargains with myself.

“If the plane is delayed,” I said silently, “I’ll take it as a sign from the universe, and not go.” I stared at the departure monitor, growing more and more uncomfortable as I waited for my fate to be decided. Then a small child sat down beside me, eager to board the plane—and I laughed at my runaway fear. I spent two weeks traveling in Khartoum and through Sudan’s desert, where I met some of the most gentle, welcoming people I’ve ever encountered.

It’s through travel that I’ve stared my fear in the face, revealing it for the phantom it is. now, on the road, I’m a better version of myself, less defensive, more open, more curious. The person I bring home is closer to the one I want to be, and I’m damned if I’ll let fear stop that.

My journey away from fear has taken me around the world. An accidental moment under a hot sun in rural northern Spain cracked me open, offering me a glimpse of how to live a different life from the one that had been leading me. nothing has been the same since.